Hathras is a small city in north-western Uttar Pradesh. A city belonging to the Brij region of north India has various linkages to the Hindu mythology, especially the epic Mahabharata. Braj is essentially the land of Krishna as according to many mythological texts it is the place where the god used to graze his cows and plays with his friends. The land is, therefore, sacred to the Hindus. Hathras and the surrounding localities like Mathura share such sacredness in terms of Hindu mythological value and famously called ‘Braj Ki Dehri’ (Threshold to Braj). 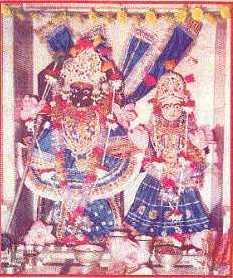 In 1997, a new district was formed fluxing some parts of Aligarh, Mathura and Agra districts together and given the name Mahamaya Nagar. And recently this district was renamed Hathras. The city is the municipal board of the Hathras district. The city has an intriguing history of various kingdoms and rulers. From the Rajputs, the Marathas, the Scindhias, the Jats to the British, the city witnessed them all in its past times. Evidently the city is home to numerous emblems of its association with both mythology and history. The best time to visit Hathras is from October to March.

Hathras Fort
Hathras city has various spots those are must-visit for curious travelers. The Hathras Fort is the most visited place which represents the city’s glorious history. The fort was built during the reign of Raja Dayaram Singh in around the 18th century. Though the old fort was destroyed with time, a new royal fort was made at the same place. At this place various remains of ancient relics from the Maurya, Kushan and other Jain periods were found.

Hathras has a beautiful blend of historical and religious concoction. Visitors are often lured by some attractive temples scattered throughout the city and surrounding areas. The most famous temples to be visited in Hathras are:

Dauji Maharaj Temple
Situated at Naya Gunj in Hasayan, the temple of Dauji Maharaj ji is the most popular religious place in Hathras. It also hosts Mata Revatiji in the temple. Lord Balram, the elder brother of Bhagwan Shri Krishna who is adoringly called as Dauji Maharaj by the local people is widely worshipped in this area. Every year during September month a festival is organised by the temple authority. This is also the biggest festival in Hathras city which presents a vast gathering of religious and cultural programmes during this festival.

Baghraya Temple
This is another famous temple in the city in where Baba Jaharveer is worshipped. It also salutes the 51 freedom fighter fom the Hathras district who fought for India’s independence. 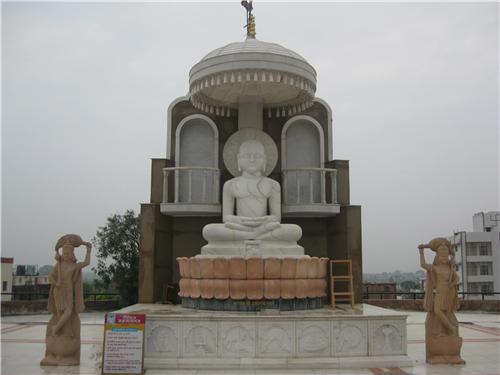 Teerthdham Mangalayatan
Hathras has a fascinating historical backdrop which goes back to various layers of religious and political rule over this region. Jainism was one of the religious practices widely assumed in this part of the country for ages. The city boasts an astonishing Jain pilgrimage complex which is called the Teerthdham Mangalayatan and has become a great reason to be proud of. The complex was built by the Shri Adinath Kund-Kund Kahan Digambar Jain Trust. This site was built to embrace the social and religious service together to form a unicultural platform for both devotees and researchers. The temple has four individual temples inside those are Adinath Temple, Mahaveer Temple, Bahubali Temple and Shri Bhagwan Adinath Swami Manstambh. This is believed to be the largest Jain religious pilgrimage-cum-research centre in the country.

Apart from these places Hathras has some more places to attract interested visitors. Monument of Major Robert Naim, monument in remembrance of Samuel Anderson Nichterlein and a mound known as Gohana Khera are some of these.

As the city has a number of tourist attractions to offer, tourism itself plays a crucial part of the city's economy. The city provides several travel agencies to help the visitors experience the city. Some well known agencies are:

Hathras offers plentiful luxury and budget hotels, guest houses etc. as well as restaurants throughout the city. Some names are given below: