Hathras is a moderately small city in Uttar Pradesh and is a newly formed district. Hathras is situated in the North-West part of the state and surrounded by Aligarh, Mathura and Agra districts. The total geographical area of the place is 1800.1 sq. km. 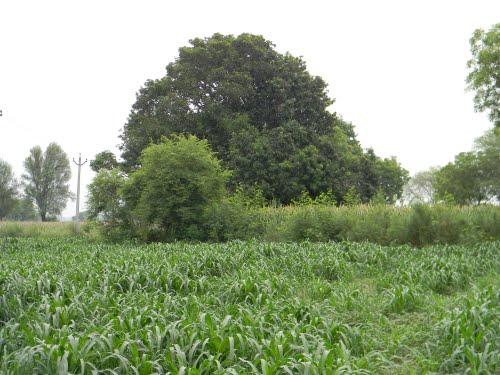 Hathras is located at the North-West part of Uttar Pradesh. It is exactly situated on the highway crossing of Aligarh-Mathura-Bareilly. Delhi is 164 km far from Hathras.

The city has a major impact on its climate of the local Steppe climate. The natural features of climate in Hathras are extreme. In summer, it is extremely hot and likewise in winter, the temperature falls down heavily. The climate remains mostly dry throughout the year except the monsoon season. Though the average rainfall in monsoon is also very little. The annual average temperature of this city is around 25.4°C. The hottest month of the year in Hathras is June (average temperature is 34.5°C) and the coldest one is January (the average temperature plummets down to 14.7°C). The most rainfall happens around the month of August (average fall is 266 mm) and the driest month in Hathras is April with around only 2 mm of precipitation.

Two major rivers in Hathras are Sengar and Karban. The Sengar River is the tributary of river Yamuna and is originated in Aligarh district. The name of the river carries the legacy of Sengar Rajput clan who were believed to be migrated around this region from Rajasthan. The drastic industrialization, urbanization and various others forms of contamination has some harsh effects on the river causing severe pollution.

The place falls under the fertile Gangetic Plain region. But as the place is very much flood-prone and therefore occasionally it becomes victim of soil erosion. The seemingly dry soil of this region grows wheat, bajra, paddy, mustard, sesame, cotton etc.


Facts and Figures of Hathras