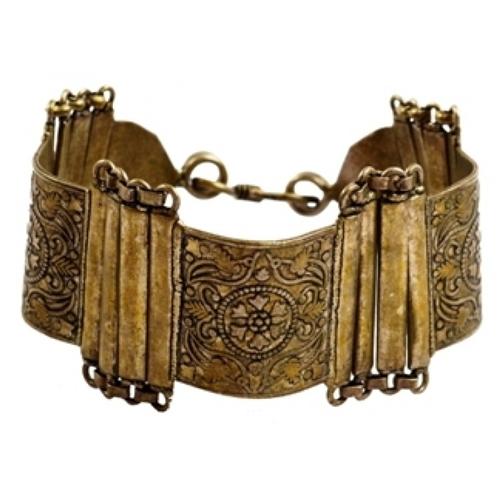 Hathras is a small yet culturally rich city in Uttar Pradesh. It is situated in the land of Braj which has a colourful artistic and cultural legacy of local forms of dance, drama, literature, foods and architectural backdrop.

Hathras belongs to the Braj region of Uttar Pradesh and, therefore, possesses various regional forms of art and culture. Among many two major traditional forms of theatre are Swang or Ras and Nautanki. The Braj region itself is famous for these two types of art-form. The Swang is older than Nautanki. Swang is a traditionally colloquial form of theatre which reached Hathras around in 1870. Before that Swang was practiced and performed in Mathura, Agra and nearby localities.

The style in which it was performed in Vrindavan was called the Bhagat tradition. But in Hathras a play in Swang tradition named ‘Shahjadi Nautanki' which was written by Basamji’s disciple Murlidhar Rai was presented in such a style which became popular in North-Western Uttar Pradesh and eventually came to be known as ‘Nautanki’. Since then, all such type of plays are called ‘Nautanki’.

Till today, these two art-forms are heavily popular and practiced widely here and the city has given the country some of the best stage performers of all time. One of the famous groups of Nautanki of Hathras city is Dev Nautanki group. The most important form of folk songs of Hathras is called Rasiya which is essentially sung in Braj Bhasha, the chief language of Braj Bhoomi. The songs are mainly of devotional type or contemporary issues and largely sung by women.

The most famous works of Tulsi Sahib is Ghat Ramayan, Shavdavali and Ratan Sagar. Chotoo Banmali was another famous personality from this region. In his most popular work, Gokul Mahatm we came to know about the origin of Hathras from a mythological perspective. Pandit Bansh Gopal Tiwari and Sant Gaya Prasad were famously known as the most revered Vedantic authorities of this region. In more modern era, Hathras gifted the country by gifting it one of the most blessed and famous satirists and play-writs eve, Prabhu Lal Garg who popularly known as Kaka Hathrasi.

His writings were often about the sarcasm of society, morality, politics and mockery of day-to-day living. His sharp lampooning in a funny way made him dear to numerous readers nationwide. In his respect the Government of India honoured him with Padma Shri award in 1985. The greatest works of Kaka Hathrasi are Kaka Tarang, Kaka Ke Kartoos, Jai Bolo Baimaan Ki, Hasant-Basant etc.

Hathras has an eventful history of its own and so there are some of those historical legacies left in the forms of major architectural reminders. The most important one is the Hathras Fort which was built after the old fort got destroyed. The fort has numerous intricate and delicate designs and motifs. There are two monuments built in the memory of Major Robert Naim and Samuel Anderson Nichterlein. There are many old havelis in Hathras and most of them homes beautiful architectural designs. The most famous one is the Bagla Ki Haveli. Besides all these, there are many temples are there in Hathras like the Lakshmi-Narayan Temple, Navgrah Temple and more recently built Mangalayatan Temple which have extraordinary designs.

As a religiously famous lad, there are certainly various fairs and festivities run throughout the year here in Hathas. But the biggest fair of this city is Dauji Maharaj Fair. Balram, brother of Shri Krishna is locally known here as Dauji Maharaj. The fair is celebrated at the old fort. It is a fifteen-day fair which has a variety of cultural programmes, Poet Summits, Musical conferences, wrestling competition, religious functions and rituals etc.

Besides the Dauji Maharaj Fair, each year lakkhi Mela is observed on the ‘Dev Chat’ of the Laxmi-Narayan temple of the royal fort.

The Braj region in Uttar Pradesh is famous for its Holi celebration also. Each year, on the Vasant Panchami of Hindu calendar, with the whole country, Hathras celebrates the festival of colour, with much vigour and vibrancy.

Almost hundred years ago, Shri Lala Jyotiprasad Gotewale Ji established the Lakshmi-Narayan Temple at Hathras and even now each year his descendants perform a big and exciting function to celebrate the anniversary of the establishment of the temple. The other festivals in Hathras are Janmashtami Nandotsav, Annakut, Sangkranti etc.